We are a philosophical, esoteric community, formed of voluntary members, of a cultural and spiritual nature, which perpetuates the principles, practices, history and teachings of traditional alchemy, of hermetic philosophy transmitted over the centuries since the most remote antiquity, spreading thus a culture aimed at establishing a path of spiritual growth in daily life.

The initiative was born in 2008, from the philosophical, Gnostic and hermetic conception of an Italian couple; Ana Almeida and Luca Saraceni, who in July 2014 started the formation of the first International Esoteric Alchemical Community, with a meeting place, in the city of Brescia in Italy, called; “Corner of the Essence Primus Lapis Angularis”. In 2016 the first initiatory event took place in Brazil, in the Federal District and in the City of Brazil.

The initiative was born in 2008, from the philosophical, Gnostic and hermetic conception of an Italian couple; Ana Almeida and Luca Saraceni, who in July 2014, started the formation of the first International Esoteric Alchemical Community, with a meeting place, in the city of Brescia in Italy, called; “Corner of the Essence Primus Lapis Angularis”. In 2016 the first initiatory event took place in Brazil, in the Federal District and in the City of Brazil. 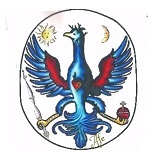 In the “Lapis Angularis” they perpetuate the oral aspect of the hermetic tradition, promulgated by us, are also conferred the initiations, carried out by the Sac Masters. In every local authority there is the activity from the practice of Meditation, as an indispensable and absolutely necessary basis for the members of our community, what makes it “respectable” in a local place is the ability of its members to rise to a level superior, where they leave their “impure metals” out of its “Temple” from its “Cornerstone”; where, symbolically, the term “impure metals” tends to indicate the set of vices, prejudices, socio-economic status and so on of each individual. From this prerogative it is evident the intention to eliminate not only caste differences, but also political and religious ones, an inexhaustible source of troubles and conflicts between men. The members of a “Lapis Angularis” must therefore try to work with respect and honesty with their brothers of light, starting from scratch each time; without preconceptions. Among the members, in particular, there is a sort of relationship of disinterested mutual assistance, in which the need for one brother is also for the other. It is therefore up to each of us not to expire this in forms of patronage, favoritism or similar.

As spiritual seekers, we believe that when we can see ourselves as a spirit, our identification with the body and mind will fall.At the same time the concepts of birth and death will cease to exist.We will be a cell in the body of the universe. , and that cosmic body will be familiar to us as our body is now.The truth is that this is our natural condition! To be one with the cosmos, in intimacy with life in all its forms, to achieve unity with our to be: this is our destiny, the end of our search! At that point every distinction between creator and created vanishes.The spirit within us is totally blended with the spirit of everything else. We will see every action as spirit that we pour into the spirit.We will live in trust and absolute knowledge, and even if it seems to us that we still reside in a body, it will only be a grain of Being on the shores of that infinite ocean of Being that we are ourselves i “ 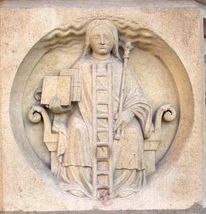