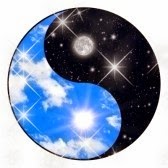 TAO is the “Maximum”, the “Sense”, is the indivisible unity, what exists. YIN and YANG are two complementary opposing forces that depend on each other and interact with the ever-changing and changing natural elements. They describe conditions or circumstances conditioned by space and time in the visible and indivisible world.

This is described by the philosopher LAO ZI (Laotse) as the “SENSE” Kungtse Judgment: everything is in flux, like a river, without stopping, day and night. Thus was born the fundamental idea of ​​the change of the contrast.

If YIN and YANG in a person’s living space are unbalanced, they also affect their physical and emotional condition. We live in an efficient society and in a feverish and stressful age.

.Man no longer has time to rest and relax, so he creates a misery of YIN and YANG. Many people in the Western world today suffer from a lack of YIN energy, feel permanently stressed and thus get sick more easily.

The tao, which is present in everything and conditions it, is a vital flow that has given rise to everything, and that flows incessantly, always changing and always remaining the same. Associated with tao is the conception of yin-yang

Yin and yang are opposite and complementary to each other, relative (you can be yin under a certain aspect and yang under another) and not antithetical, so much so that the origin of the other is implicit in the fullness of one. Their alternation determines all things. Yin and yang are the two principles that maintain the natural order of Tao:

The two principles immediately began to interact, giving rise to the supreme polarity or T’ai Chi (Pronunciation Wu-ci). The symbol known by all as Tao is the most famous of many symbols that represent this supreme polarity and which are called T’ai Chi T’u.

To describe the Tao, one can use the following analogy: imagine a person walking on a street, carrying a bamboo stem on his shoulders. At the two ends of the bamboo, two buckets are hung. The two buckets represent the yin and the yang. Bamboo represents Tai Chi, the entity that separates the yin from the yang. The road is the Tao.

Laozi (about 500 ac), Chinese philosopher, also transliterated Lao Tzu, Lao Tse, Lao Tze or Lao Tzi, is a legendary figure of Chinese philosophy, on whose real existence there is still a great debate. Laozi, means old (lao) teacher (zi), or even “old child”, therefore, according to the Taoist spirit, a denomination that can indicate all or none, or more simply can indicate the “wisdom” that lies, more or less asleep, in the heart of all men. Laozi can be generically translated as the Venerable Master or the Old Master. “Laozi’s personal name may have been Li Er and his courtesy name Boyang or Dan, which generally means mysterious.” 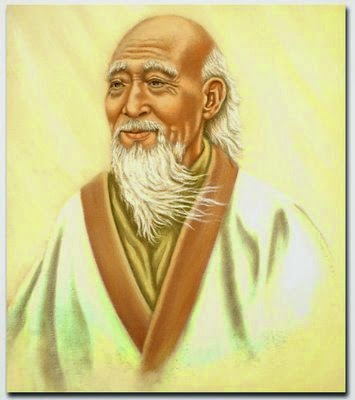 Laozi is considered the founder of Taoism, and is considered the author of the Daodejing (sacred Taoist text). Even the less known Hua Hu Ching (an oral tradition handed down by generations of Taoist monks) is often attributed to Laozi. He developed the concept of Tao, usually translated as “the Way”, a concept whose meaning is closely linked to the cosmic order. of the universe: The Way is Nature !!!

Laozi also developed the concept of Wei Wuwei (or Wei-wu-wei, or simply Wu Wei), action without action. This does not mean at all that nothing needs to be done, but that one must refrain from having unattainable objectives, megalomaniacs and highly fixed ones.

Laozi affirmed that violence must be rejected as much as possible, and that war, even if won, is always the bearer of death rather than feasts and triumphs.

Some Quotes from the great Master Laozi

Here’s how it must be! We must be like water. No obstacles – it flows. Find a dam, then stop. The dam breaks, flows again. In a square container, it is square. In a round, it is round. That’s why it’s more indispensable than anything else. Nothing exists in the most adaptable water world. And yet when it falls on the ground, persisting, nothing can be stronger than she